One of the most significant health & safety events of the last decade was the introduction of new sentencing guidelines by the HSE in February 2016. Between 2018 and 2019, 36 separate cases received fines of £500,000 or more, with the single largest fine totalling a staggering £3 million. In 2015 – the last full year without these new guidelines – the total monetary value of fines levied was relatively small, with only 5 cases at or above £500,000. Medium sized businesses, with a turnover between £10 - £50m, found themselves increasingly at risk from crippling fines. So how can these businesses protect their workforce? 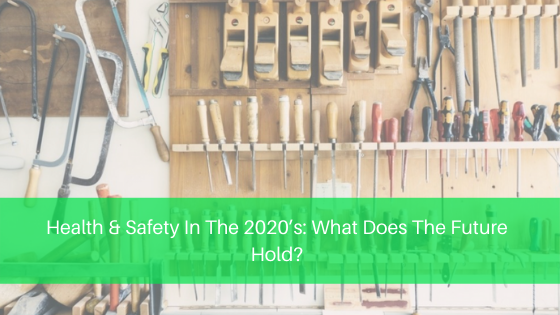 The 2016 sentencing guidelines focused on three main aspects when judging liability of an offence: culpability, harm, and turnover. Any failing is judged from ‘low’ to ‘high’. Low offences are minor, isolated incidents, unreflective of a safety culture as whole. ‘Low’ category offences are punished with the lowest level fines. On the opposite end of the spectrum ‘high’ level incidents reflect deliberate or flagrant breaches of the law, and can levy fines up to £20m or beyond.

Statistically, most incidents fall in the ‘medium’ to ‘high’ category, indicating the existence of a health & safety management system, but not necessarily its adherence. This reflects a common trend across industries, but often appearing in construction: a workforce unengaged with health & safety. The key to preventing incidents is not only having a system, but ensuring that its operation is reasonable and systemic. At Emex, we often advise the implementation of mobile safety observation systems, empowering the workforce to interact with and report safety issues as and when they occur. A slow, or inefficient, HSE management system might just be the difference between a ‘high’ or ‘low’ incident, with potentially devastating consequences.

The 2016 guideline suggests that risk caused by an offence is just as significant when calculating fines as the harm caused. A safety observation or near miss system enables this risk to be quantified, identified, and resolved.

Between 2016 and 2019 fines for health & safety offences have increased by almost 450%. And it isn’t just the big players who are liable. Medium sized businesses are the most at risk, as fines are removing a higher proportion of their bottom line than any other sized group. Even for a single ‘low’ culpability offence, a business with a turnover of £10m will incur over 10% of its annual income as a fine.

How can medium sized businesses protect their workforce, and prevent large scale fines? With culpability being judged on the efficiency of HSE management systems, it seems clear that introducing an effective system is the best way forward. Dusty folders and obtuse spreadsheets struggle to keep up with the changing landscape of health & safety risk, and isolate workers from the management system that is meant to keep them safe.

Looking ahead – a decade of risk?

It seems clear that this trend of larger fines, and increased risk to SME’s, is set to stay. However, technological improvements have made it easier than ever to keep your workforce & business safe. With the advent of mobile-based reporting, and observational safety, businesses are better placed than ever to ensure a safe working environment and avoid crippling fines.

Connor is our in-house HSE research analyst. A recent graduate from the University of Cambridge, he is passionate about all things health and safety, with a focus on the data behind industry trends.

From Incident & Accident Investigation through to Risk and Audit Management, Behavioral Safety and Environmental Reporting, EMEX software helps you to monitor in real-time and react in seconds.